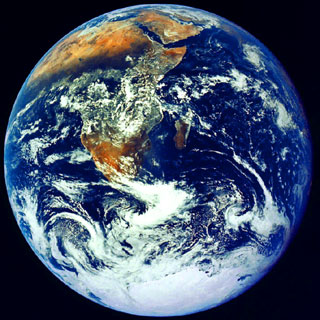 Unless you’ve been living under a rock, you’ve probably read about the mysterious sightings of dead birds dropping out of the sky, and millions of dead fish and sea mammals washing ashore, all over the world.

The news started with a report on New Year’s Eve of redwing blackbirds falling out of the sky in Arkansas — and soon steamrolled into reports of sudden animal deaths of shellfish, sea mammals and birds, sometimes by the tons, dying suddenly en masse all over the globe.

Dozens of official theories and explanations have been offered for this “aflockalypse” — from fireworks and unusually cold weather to bible scholars saying it’s the day of reckoning and New Agers blaming it on aliens or 2012.

But today’s latest theory about this sudden flock of animal deaths is that it’s because of social media!

Twitter, Facebook, mobile devices, blogs and instant, citizen media enable stories that would have once been local, or not even reported, are now global news.

As more and more of us report our news instantly on Twitter and it shows up immediately in Google search engines, this kind of mass reporting of simple, ordinary things, all over the world, can suddenly looks like a huge outbreak.

But are these  stories that back in the era of local news reporting, may have only made the local TV news or a the back pages of small town paper?

Or is this the first example of citizen journalists revealing a truth that would have otherwise never been revealed before the social media era?

A fascinating example of community-generated collaborative media is here, in a Google map of the sudden animal death sightings.

It will be fascinating to see if the massive bird deaths are simply a series of linked coincidences, brought to light by social media — or if indeed there truly is something fishy about this “aflockalypse.”

Here’s a story in the citizen-generated Examiner that offers social media as the possible excuse:

I am a storyteller. I am a bridge between the worlds of high tech and high touch. The main communities I build are between thought leaders in Technology, Entertainment and Sustainability. (Kind of like a TED conference.) These are the early adopters, risk takers and super connected connecters who can set your ideas on fire! As a veteran Silicon Valley tech PR executive and product launch visibility expert, I have launched more than 30 paradigm-shifting products and consumer technology companies in my career -- products that changed your life and are used by tens of millions of consumers. I was on the teams that introduced major innovations we now take for granted -- like email, video editing, ink jet printers and mobile devices. I've promoted products that reached 5 million to 40 million customers -- paying customers, not eyeballs. We did this almost 100% with free PR and social media -- not paid advertising. Increasingly all business must be social, sustainable, sharable and conscious. And I believe social media is the catalyst of this conscious convergence and shift. I've learned that it's not just about "content" or "engagement" -- it's about creating authentic communities around an event that share your news and spread the word for you. I combine social media with press relations, speaking engagements, events, social ads, email lists and street teams to generate waves of awareness that catapult your launch and sustain it. Move forward, into the future. I can help you make a Visibility Shift. View all posts by Giséle Bisson

One thought on “Latest excuse for sightings of dead birds and fish? Over reporting in social media!”